Born in Utah in the middle of the last century, my life has sometimes resembled that of a vagabond. My early childhood was spent moving back and forth between an old family homestead in the Uintah Basin of Utah and a sheep ranch on the Western Slope of Colorado. At eleven years old, I became a “city” kid when we moved to the booming metropolis of Craig, Colorado, which had a population of about four-thousand people. I still think of Craig as my hometown even though I have not lived there since 1976.

In the half-century since leaving Craig in the rearview mirror, I have worked as a logger in Idaho, Arkansas and New Mexico. I have been a truck driver in Colorado, Utah, and Texas, and I have installed appliances in Florida.

In 1986, after finally realizing that logging was sometimes NOT a great notion, my wife and I moved from northern New Mexico to northwest Arkansas to start a better life for us and our daughter. The move to Arkansas marked the launch of a career in earthwork construction and excavation which would last for the next twenty-five years. From working as a common laborer to operating all kinds of heavy equipment to estimating and project management, I have been and done just about everything there is to do in the business of earthwork and excavation. For the last four years of that career, along with three partners, I owned and operated an excavation contracting business.

The great recession wiped out that business, and in 2011, I embarked on a new career helping to manage a trucking company that specialized in hazardous material transport. That career carried me to retirement from the great American work force in 2016.

Retirement has not been the end, though. Far from it. Retirement marked the beginning of my last career. The one I have dabbled at and wanted to do full-time my entire life. It isn’t so much that I have always wanted to be a writer. I have always been a writer. From writing poetry and song lyrics to beginning what would have been my first novel to safety and training manuals for the workplace, I have never stopped writing. Now, in retirement, writing and publishing has become the career I always wanted it to be.

May you always enjoy the reading as much as I enjoy the writing. 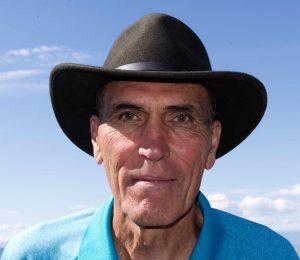